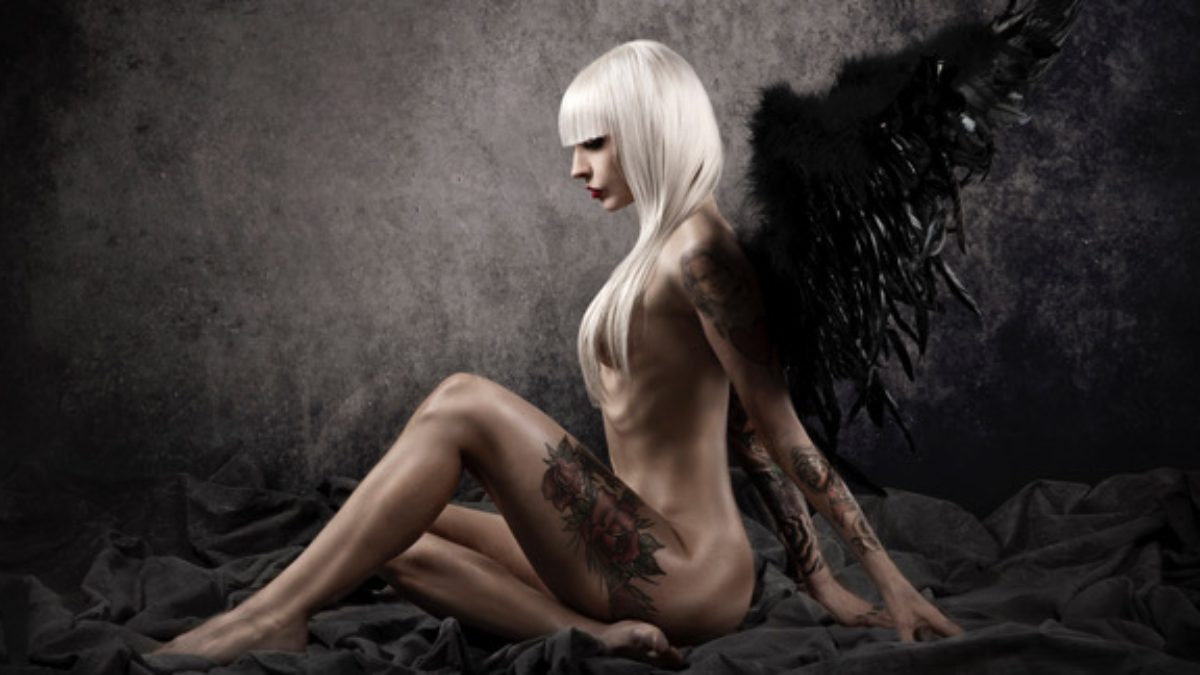 Hello Linda and welcome to Music.it! Let’s start with a question we can’t miss: is there a peculiar episode or a very embarrassing anecdote occurred throughout your career that you never shared with anyone?

Hi there, thank you for having me! Well, actually there is! I used to work as a show entertainer on cruise ships about 5 years ago. I was singing but also dancing and always giving 100% when performing. One night, while I was doing the show during a number I saw two guys looking – or should I say staring – at me! I thought they were enjoying what I was doing, but then I saw more and more people in the audience who started looking at me and laughing. I looked down and saw that my whole left breast was showing up! The bra-strap had come loose. I have no idea for how long I’ve been dancing around like that. EMBARRASSING! Now I’ve told you something that I’ve never told anyone!

Tell us a little more about yourself and your activity of musician, please!

I’m very grateful for my talent as an artist! I started singing in a gospel choir when I was 13 years old. At the age of 14 I saw the musical “Chicago” and I was blown away. I remember thinking that I wanted to do that musical sometime in my life and I knew from then that I wanted to work as a musical artist. I started studying at the Balett Akademien – Ballet Academy – in Gothenburg. The school was for three years but then I auditioned for a TV-show called “Popstars” and I got into the show and I won. Five winners got put together as a band named “Supernatural” and we moved in together in an apartment in Stockholm where we recorded an album and became one of Sweden’s biggest teen-pop band at that time.  It was awesome! I couldn’t believe it!

And how did this adventure proceed?

We toured Sweden for 2 years and then the band split. But I started writing my own music and at the same time I started working on cruise ships. It was amazing. I was sitting in my cabin all day playing till my fingers bled. I wrote so many song. Then I was performing in the evening. After that I started working in Copenhagen in Denmark as a dancer in the musical  “Chicago” as the character of Annie. I did that for 2 years and then I auditioned for “Idol”. “Idol” is a very popular talent show like X-Factor.

A new show, then.

Yes. I got into the show and came to the finals. It was not what I was expected. I thought it would be like a walk in the park, but that was NOT the case!!! I became so insecure about myself. I was in the finals of that show and it brought me a lot of popularity, but it also made me very insecure, maybe I was out of my element performing cover songs. But I’m glad I had the experience. I will never hold back on myself again as I did then. This was 2010 and after that I’ve been touring in both Sweden and Germany with my own music. Much has happened for me since COVID came. My American management and I signed a co-management with Kiara Laetitia who is an Italian artist manager and entrepreneur. I’m releasing more music than ever and much more is happening but I can’t tell you about it yet…

Linda Varg, you’re from Sweden. I always wonder whether the place in which artists grow up gives an ultimate shape to any artistic inspiration. What do you think about it?

I absolutely believe that it can affect many artists how they create their music and sound.
But the world is like an open book now with all the streaming platforms and there are no direct borders anymore between all the countries so I think it’s disappearing more and more. I am not directly influenced by the Swedish folk music since I only listen and have always listened to American music. I have been asked many times if I want to sing in Swedish but then how can the rest of the world understand what I sing? I’m aiming worldwide.

I would like you to share a thought about television producing art. Your experience comes from it, after all.

Well it’s one way to get through as an artist and it’s very fast. But, for most of them it never lasts. I don’t want to undo what I did but I’d never do it again. When I think about it now it feels fake and not from the heart. It’s like a mix between karaoke and a show. But of course it’s fun and entertaining so I understand why it’s so popular. But it has nothing to do with a burning desire of love for music. I understand that people want to do it cause I wanted to do it too. Piece of advice if an artist decides to go on a reality show: only listen to the jury when they are saying good things!

Let’s talk about “Weak”, the Skunk Anansie’s cover you recently released for the world. Why did you choose that song and what did you want to express by covering it?

I love the song both to listen and sing to. I had it sometimes as an extra number in my concerts but I never thought about recording it myself since I only released my own music. Last summer I heard a voice inside of me that said “do a cover of Weak”. I knew it was an awesome idea so I called my friend and producer Karl-Ola Kjellholm and asked him if he wanted to record it with me and he said yes. I wanted to do a modern pop version of the song but still keep the punch. I’m super proud and happy about the way it turned out. I love the mix of drumloops, electric guitar and synthbass!
I have also a music video for the song. It’s sexy, dark and emotional. Something I’ve never done before!

Have you ever played in Italy? If not, would you tell us about the place in the world you loved playing the most and why?

I have never played in Italy before. If it doesn’t count with “cyberspace Italy” cause then I have a couple of times for two different livestream festivals. I want to travel down to Italy and play as soon as I’m allowed to. I have only played in Sweden and Germany so far. I love playing in Sweden but it was more fun in Germany. They really love live music and they are not shy to stand close to the stage and showing their love! It’s amazing. I was supposed to start playing in the USA last fall but because of COVID I had to cancel everything… I’m curious to meet the Italian audience. I do not know what to expect but long to find out!

Do you want to tell us how you managed to live this unfortunate historical moment that is paralyzing arts and live events?

For me, it felt completely okay (in Sweden there are not as many restrictions like Italy), but to be honest, I’m starting to get a little tired of this. I love performing and I have been touring for at least 3 years and all of a sudden it stopped. But I started to livestream at the beginning of this pandemic and that was alright but you cannot do too much of that either. I try to focus on what is positive. I write music and release continuously and I also have contact with fans through social media. Which I’m very grateful for! I also have a fantastic management team consisting of Sami Rusani in the USA and Kiara Laetitia in Europe. It is a dream to work with like-minded people!  This is what keeps me going.

It’s been a long time since I listened to a full-length album. Nowadays, it is so easily accessible with music that it is usually just a single song from an artist… But I remember well when I had CDs that I listened to and my a favorites are: ” Jagged little pill” by Alanis Morissette, “Black Album” by Metallica, “Dangerous” by Michael Jackson, “Spellbound” by Paula Abdul and “In blue” by The Corrs.

Any other future project?

A big dream for me is to get my songs place in movies and series. And right now I’m about to sign with an American Publishing company. It’s uplifting to know that amazing things like these can still happen even though we’re in this pandemic. But except for that, I put all my time in writing and recording new music, planning on music videos and take pictures for the cover art for the up coming releases.

We’ve finished. Before leaving you, I ask you to fill these ultimate blank lines with whatever you want to say and never said yet. Thank you very much for your availability and good luck!

Thank you again for having me! I’m really looking forward to coming to Italy.

This website uses cookies to improve your experience while you navigate through the website. Out of these, the cookies that are categorized as necessary are stored on your browser as they are essential for the working of basic functionalities of the website. We also use third-party cookies that help us analyze and understand how you use this website. These cookies will be stored in your browser only with your consent. You also have the option to opt-out of these cookies. But opting out of some of these cookies may affect your browsing experience.
Necessary Sempre abilitato
Necessary cookies are absolutely essential for the website to function properly. These cookies ensure basic functionalities and security features of the website, anonymously.
Functional
Functional cookies help to perform certain functionalities like sharing the content of the website on social media platforms, collect feedbacks, and other third-party features.
Performance
Performance cookies are used to understand and analyze the key performance indexes of the website which helps in delivering a better user experience for the visitors.
Analytics
Analytical cookies are used to understand how visitors interact with the website. These cookies help provide information on metrics the number of visitors, bounce rate, traffic source, etc.
Advertisement
Advertisement cookies are used to provide visitors with relevant ads and marketing campaigns. These cookies track visitors across websites and collect information to provide customized ads.
Others
Other uncategorized cookies are those that are being analyzed and have not been classified into a category as yet.
ACCETTA E SALVA